admin
Stories:
- 128GB Surface 3 gets $150 discount at Best Buy, Microsoft
- Microsoft formally announces Surface Pro power cord recall
- Google Play comfortably beats App Store in 2015 downloads, but loses in revenue
- Folding-screen smartphones could take just a little longer than predicted to get here
- HTC Perfume flagship expected to roll out in Snapdragon 820 and MediaTek fragrances
- The iPhone 5e/6c/7c gets leaked in a video
Watch today's Pocketnow Daily as we talk about the some deals with the Microsoft Surface 3, in addition to Microsoft's recall of Surface Pro power cords. Then we talk analytics as we learn of the current stats for the Google Play Store vs the iOS app store. Then we focus on folding displays, and the current status of these to reach the market. HTC is next as we learn of the Perfume codename flagship, and some of its specs. We end today's show taking about the iPhone mini and how it might have recently gotten leaked on video.
All this and more after the break.
Subscribe:
About us:
Pocketnow has been a key source of mobile technology news and reviews since its establishment in 2000. With offices on three continents, Pocketnow offers round-the-clock coverage of the mobile technology landscape, from smartphones to tablets to wearables. We aim to be your number-one source for mobile tech news, reviews, comparisons, and commentary. If you love mobile as much as we do, be sure to subscribe!
Follow us: 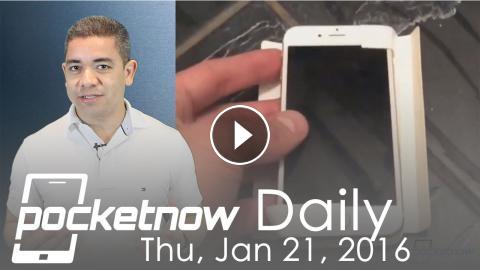