Added 1 year ago by admin
86 Views
- Huawei Mate 20 Pro: Welcome to a Higher Intelligence
On Pocketnow Daily, we get new CAD renders of the rumored Google Pixel 3 Lite XL. We also get new leaks of the entry-level variant of the Galaxy S10, which shows off its flat screen. Nokia has officially mentioned the Nokia 9 PureView and says we should see it around MWC. The McLaren Edition of the OnePlus 6T is now official and it brings 10GB of RAM for $699. We end today's show with Huawei's teaser of the Nova 4 with a punch hole display.
All this and more after the break.
Stories:
- There will be two Pixel 3 Lite models: Pixel 3 Lite and Pixel 3 Lite XL
- Possible leaked image of the Samsung Galaxy S10 Lite and its flat display
- Penta-lens Nokia 9 PureView officially mentioned as it faces some delays
- OnePlus 6T McLaren edition makes a “fearless” jump to 10GB of RAM
- Huawei Nova 4 teaser hints smaller punch hole than on Galaxy A8s
#PocketnowDaily #Pixel3LiteXL #GalaxyS10
Subscribe:
Follow us:
Graphics provided by: Motionvfx.com
About us:
Pocketnow has been a key source of mobile technology news and reviews since its establishment in 2000. With offices on three continents, Pocketnow offers round-the-clock coverage of the mobile technology landscape, from smartphones to tablets to wearables. We aim to be your number-one source for mobile tech news, reviews, comparisons, and commentary. If you love mobile as much as we do, be sure to subscribe!
[Video Title]
[Video URL]
Pocketnow 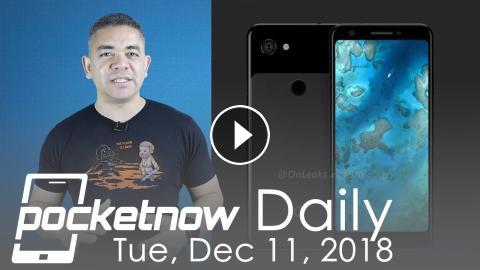 - Huawei Mate 20 Pro: Welcome to a Higher IntelligenceOn Pocketnow Daily, we get new CAD renders of the rumored Google Pixel 3 Lite XL. We also get ne...