admin
- HUAWEI Band 3 Pro
- HUAWEI Band 3e More Than a Smart Band
On Pocketnow Daily, we should expect 2019's iPhones to bring some new 3D technology on the rear cameras. Samsung could be bringing new Sound On Display technology to the speakers of the Galaxy S10. The Nokia 9 PureView will reportedly be launched in late January with really good specs. LG will allegedly launch the LG G8 around MWC and are working on a separate 5G phone. We end today's show with a very accessible rumored price tag for the Lite Pixel 3s.
All this and more after the break.
Stories:
- It’s said that Apple may give us 3D rear cameras in their iPhones
- Will Samsung hide the speaker inside the display similarly to the selfie cam?
- Penta-lens Nokia 9 PureView coming in less than a month?
- LG G8 will be separate from 5G phone, have droplet notch and 3D-sensing camera
- The Google Pixel 3 and 3 XL Lite may come to the US in spring
#PocketnowDaily #iPhones2019 #GalaxyS10
Subscribe:
Follow us:
Graphics provided by: Motionvfx.com
About us:
Pocketnow has been a key source of mobile technology news and reviews since its establishment in 2000. With offices on three continents, Pocketnow offers round-the-clock coverage of the mobile technology landscape, from smartphones to tablets to wearables. We aim to be your number-one source for mobile tech news, reviews, comparisons, and commentary. If you love mobile as much as we do, be sure to subscribe!
[Video Title]
[Video URL]
Pocketnow 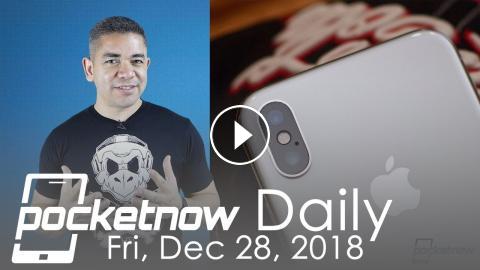 - HUAWEI Band 3 Pro - HUAWEI Band 3e More Than a Smart BandOn Pocketnow Daily, we should expect 2019's iPhones to bring some new 3D technology on the ...