admin
T-shirts provided by RIPT. Learn more about it here:
Stories:
- Peter Chou left HTC, company confirms
- iOS 10 beta has an unencrypted kernel, and it might be for a reason
- Google now lists the end-of-life dates for its Nexus devices
- Galaxy Note 7 tipped to feature larger display and battery
- Weibo mulling over iPhone 7 Pro pricing
Watch today's Pcocketnow Daily as we talk about the departure of Peter Chou from HTC. Then we discuss iOS 10 beta, and the fact that it now reaches users with an unencrypted kernel. Google follows as the company lists the end-of-life period of its Nexus products. The Galaxy Note 7 follows as we hear of its display size and battery size. We end today's show talking about the iPhone 7 Pro possible pricing, which is kind of outrageous.
All this and more after the break.
Subscribe:
About us:
Pocketnow has been a key source of mobile technology news and reviews since its establishment in 2000. With offices on three continents, Pocketnow offers round-the-clock coverage of the mobile technology landscape, from smartphones to tablets to wearables. We aim to be your number-one source for mobile tech news, reviews, comparisons, and commentary. If you love mobile as much as we do, be sure to subscribe!
Follow us: 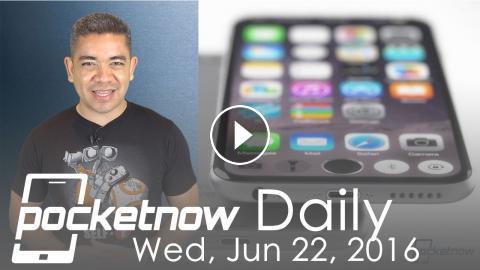