admin
Helen Scales
Spirals in Time, the secret life and curious afterlife of seashells
Recorded in London, August 2015
About the Book:
Seashells are the sculpted homes of a remarkable group of animals: the molluscs. These are some of the most ancient and successful animals on the planet.
But watch out. Some molluscs can kill you if you eat them. Some will kill you if you stand too close. That hasn't stopped people using shells in many ways over thousands of years. They became the first jewelry and oldest currencies; they've been used as potent symbols of sex and death, prestige and war, not to mention a nutritious (and tasty) source of food.
Spirals in Time is an exuberant aquatic romp, revealing amazing tales of these undersea marvels. Helen Scales leads us on a journey into their realm, as she goes in search of everything from snails that 'fly' underwater on tiny wings to octopuses accused of stealing shells and giant mussels with golden beards that were supposedly the source of Jason's golden fleece, and learns how shells have been exchanged for human lives, tapped for mind-bending drugs and inspired advances in medical technology. Weaving through these stories are the remarkable animals that build them, creatures with fascinating tales to tell, a myriad of spiralling shells following just a few simple rules of mathematics and evolution.
Shells are also bellwethers of our impact on the natural world. Some species have been overfished, others poisoned by polluted seas; perhaps most worryingly of all, molluscs are expected to fall victim to ocean acidification, a side-effect of climate change that may soon cause shells to simply melt away. But rather than dwelling on what we risk losing, Spirals in Time urges you to ponder how seashells can reconnect us with nature, and heal the rift between ourselves and the living world.
About Helen Scales:
Find the book on Google Play: 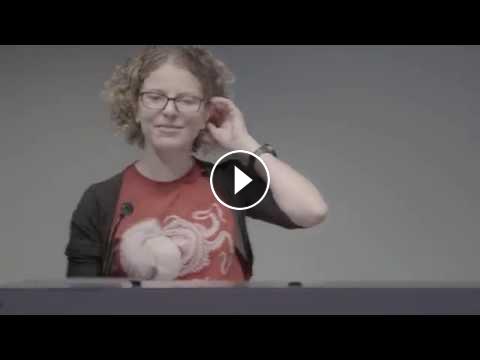 Helen ScalesSpirals in Time, the secret life and curious afterlife of seashellsRecorded in London, August 2015About the Book:Seashells are the sculpte...