admin
Resource Prospector (RP) is a lunar rover mission being developed by NASA. This mission will launch as early as 2021 and will demonstrate extraction of oxygen, water and other volatiles, as well measure mineralogical content such as silicon and light metals from lunar regolith. Efficient expansion of human presence beyond low-Earth orbit to asteroids and Mars will require the maximum possible use of "in-situ resources". Since the Moon’s polar regions have confirmed the presence of volatiles, as revealed by the NASA LCROSS and LRO missions, the next step is to understand the nature and distribution of these resources and how they might be extracted. Recent studies have even indicated that if these volatiles are practically available for harvesting, they could be processed into propellants and life-support resources (water, oxygen, etc), significantly reducing the cost of human missions to Mars – maybe by as much as 50%!
Dan Andrews is the Project Manager for the Resource Prospector (RP) mission. He was previously the Deputy Director of Engineering at NASA Ames and since 1987, has managed a diverse and eclectic set of projects at NASA, including the pathfinder LCROSS Mission, which discovered water on the Moon. Dan was also involved with the Prometheus Jupiter Icy Moons Orbiter work at NASA-ARC, the Personal Satellite Assistant (PSA) robot, snakebots,
and helicopter drones. Dan has a BSEE (San Jose State University) and a MSME (Stanford). He is the recipient of numerous NASA awards including the Outstanding Leadership Medal, the Exceptional Achievement Medal, and several Group Achievement awards. Dan's favorite motto is “Take calculated risks. Be willing to change course. Keep moving”. 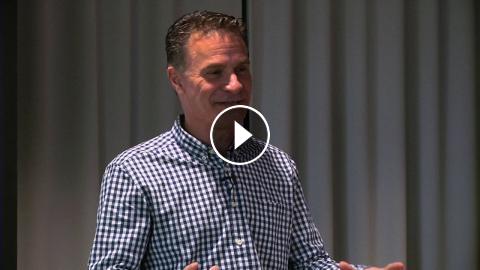 Resource Prospector (RP) is a lunar rover mission being developed by NASA. This mission will launch as early as 2021 and will demonstrate extraction o...