admin
Artist, photographer, director JR discusses his career and directorial debut short film, "ELLIS".
Moderated by Kevin Vlk
Filmed at Google HQ in Mountain View, CA
ABOUT "ELLIS"
Starring Academy Award winner Robert De Niro, written by Academy Award winner Eric Roth, and directed by JR, the short narrative film ELLIS awakens our collective memory and tells the elusive story of countless immigrants whose pursuit of a new life led them to the now-shuttered Ellis Island Immigrant Hospital. Following its opening in 1902, approximately 1.2 million people passed through the facility, where the Statue of Liberty can be seen from the windows. Languishing in a sort of purgatory awaiting their fate, many were never discharged.
ABOUT JR
JR (pseudonym) is a photographer and artist whose identity is unconfirmed. Describing himself as a photograffeur, he flyposts large black-and-white photographic images in public locations, in a manner similar to the appropriation of the built environment by the graffiti artist. JR states that the street is "the largest art gallery in the world" having started out himself on the streets of Paris. JR's work often challenges widely held preconceptions and the reductive images propagated by advertising and the media. His work combines art and action, and deals with commitment, freedom, identity and limits. JR won the TED Prize for 2011 and used the $100,000 award money to start the "Inside Out Project." 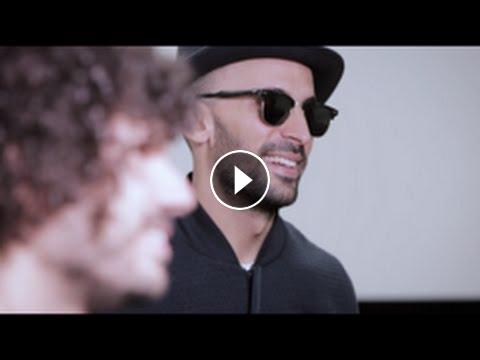