admin
Stories:
- AT&T announces plans to carry Moto 360
- Moto 360 teardown uncovers smaller-than-advertised battery
- Chrome bug report hints at Android release L-name, reveals new Android L changes
- Apple introduces Apple Pay mobile payments
- Apple reveals the Apple Watch, its first smartwatch
- Apple announces iPhone 6 and iPhone 6 Plus
Watch today's Pocketnow Daily as we talk about AT&T's announcement of the Moto 360, though other news show why it has such terrible battery life. Then we talk about Android L and the rumored name according to some leaked documents. Apple follows as we begin our Apple event coverage with Apple Pay, and how Apple plans to solve mobile payments. Then we talk about the Apple Watch and why it will matter at some point. We end today's show talking about the iPhone 6 and iPhone 6 Plus.
All this and more after the break.
Subscribe:
About us:
Pocketnow has been a key source of mobile technology news and reviews since its establishment in 2000. With offices on three continents, Pocketnow offers round-the-clock coverage of the mobile technology landscape, from smartphones to tablets to wearables. We aim to be your number-one source for mobile tech news, reviews, comparisons, and commentary. If you love mobile as much as we do, be sure to subscribe!
Follow us: 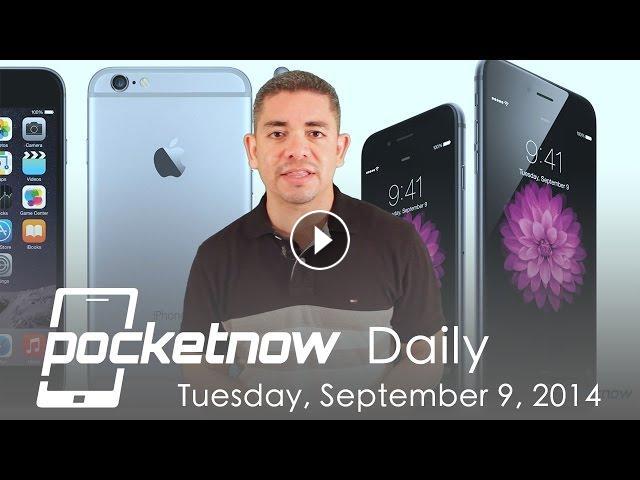