Added 2 years ago by admin
102 Views
Jeremy Piven and Richard T. Jones stopped by Google to Talk about their new show, "Wisdom of the Crowd", what role technology plays in their everyday lives, and their hidden talents.
Moderated by Dana Han-Klein
More about the show: WISDOM OF THE CROWD stars Emmy and Golden Globe Award winner Jeremy Piven as a visionary tech innovator who creates a cutting-edge crowdsourcing app to solve his daughter’s murder, and revolutionizes crime solving in the process. Inspired by the notion that a million minds are better than one, Silicon Valley entrepreneur Jeffrey Tanner (Piven) develops “Sophe,” an online platform for publicly shared information, and recruits the original cop who searched for his daughter’s killer, Det. Tommy Cavanaugh (Richard T. Jones), to work with him. As Tanner taps into the “wisdom of the crowd,” his unexpected success fuels his determination to solve even more cases than just the one that’s personal to him. Ted Humphrey; Adam Davidson (pilot); Avi Nir, Alon Shtruzman, Peter Traugott, Rachel Kaplan (Keshet Media Group); and Dror Mishani and Shira Hadad are executive producers for CBS Television Studios in association with Universal Television. Davidson directed the pilot. Based on the Israeli format of the same name. 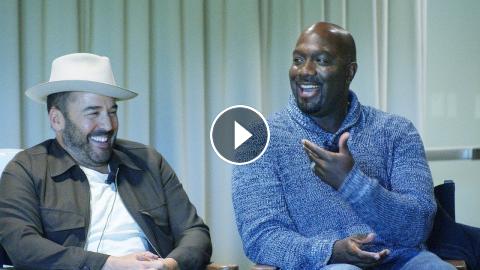 Jeremy Piven and Richard T. Jones stopped by Google to Talk about their new show, "Wisdom of the Crowd", what role technology plays in their...