admin
Stories:
- Windows Phone loses another flagship, as Lumia 1520 sales end
- HTC preliminary numbers show a profitable quarter
- New Galaxy S6 Active evidence shows AT&T getting ready for handset’s release
- Apple reportedly working on avoiding Apple Watch launch lines
- LG G4 launch invite reveals phone’s back, more leather
Watch today's Pocketnow Daily as we talk about another Windows Phone flagship that's being put to rest. HTC follows with its quarter results and some positive news there. We then talk about the rumors of a Galaxy S6 Active in the works. Apple then takes the stage with all the reports regarding how the company plans to make your acquisition of an Apple Watch easy. We end today's show talking about the new LG G4 event, its camera enhancements and even leather materials.
All this and more after the break.
Subscribe:
About us:
Pocketnow has been a key source of mobile technology news and reviews since its establishment in 2000. With offices on three continents, Pocketnow offers round-the-clock coverage of the mobile technology landscape, from smartphones to tablets to wearables. We aim to be your number-one source for mobile tech news, reviews, comparisons, and commentary. If you love mobile as much as we do, be sure to subscribe!
Follow us: 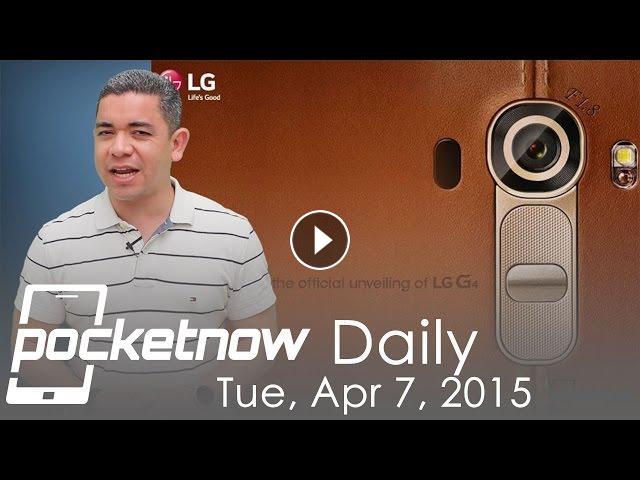