Learn what is a protocol in Hindi Urdu in the Computer Networking Urdu Hindi lectures tutorial series by ifacter.com. Tutorial 12 introduces the viewers to networking and computer protocols in Hindi Urdu. Networking in Urdu tutorials can be read at http://www.ifactner.com and downloaded in pdf. We have notes, pdf and list of books of Computer Networking and how does Internet work in Hindi and Urdu. This tutorial introduces to the fundamentals internet protocols in layman's term ifactner.com and can be used for info for computer networking certifications and technology operations. Ifactner introduces diagram and image of basic computer networks and the internet protocols.

This computer networking tutorial introduces the viewers to internal working of internet and the concept of protocols. 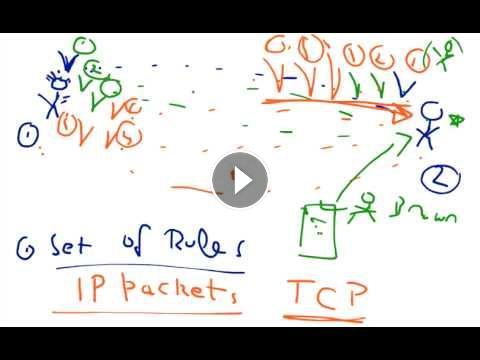