admin
T-shirts provided by RIPT. Learn more about it here:
- OnePlus 2 returns to the spotlight with $240 eBay deal
- Twitter Night Mode shifts to iOS
- Microsoft finally sets HP Elite x3 pre-orders in motion on North American shores
- Final version of Android 7.0 Nougat goes public
- Allo may let you search and go incognito inside your messages
Watch today's Pocketnow Daily as we talk about some of the recent deals available for the OnePlus 2 on eBay. Then it's all about Twitter and the launch of NIght Mode for iOS. Microsoft follows as the HP Elite x3 reaches pre-orders. Then we discuss the final version of Android 7.0 Nougat, which just reached Nexus devices. We end today's show talking about Google Allo, and how it's planning to compete with SnapChat.
All this and more after the break.
Subscribe:
About us:
Pocketnow has been a key source of mobile technology news and reviews since its establishment in 2000. With offices on three continents, Pocketnow offers round-the-clock coverage of the mobile technology landscape, from smartphones to tablets to wearables. We aim to be your number-one source for mobile tech news, reviews, comparisons, and commentary. If you love mobile as much as we do, be sure to subscribe!
Follow us: 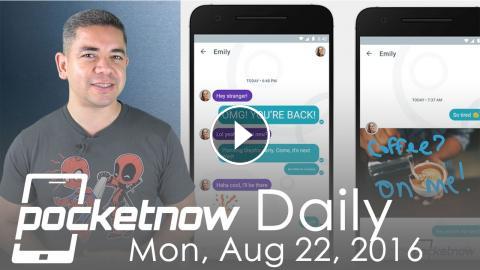