Bart Yasso, "My Life on the Run" | Talks At Google

Added 5 years ago by admin
157 Views
Bart Yasso is the chief running officer of Runner’s World magazine. Yasso joined Runner's World in 1987 to develop the groundbreaking Runner's World Race Sponsorship Program, creating a vehicle for Runner's World to work with over 7,000 races representing 4 million runners per year. He has completed more than 1,000 races, triathlons, biathlons, and eco-challenges over the past twenty-five years. In 2007 he was inducted into the Running USA Hall of Champions in recognition of his contribution, impact, and dedication to the sport. He lives in Center Valley, Pennsylvania.
Yasso also invented the Yasso 800s, a marathon-training workout used by thousands around the world. He is one of the few people to have completed races on all seven continents from the Antarctica marathon to the Mt. Kilimanjaro marathon. In 1987, Yasso won the U.S. National Biathlon Long Course Championship and won the Smoky Mountain Marathon in 1998. He has also completed the Ironman five times, the Badwater 146 ultramarathon through Death Valley, and has cycled, unsupported and by himself, across the country twice.

Bart Yasso, "My Life on the Run" | Talks At Google 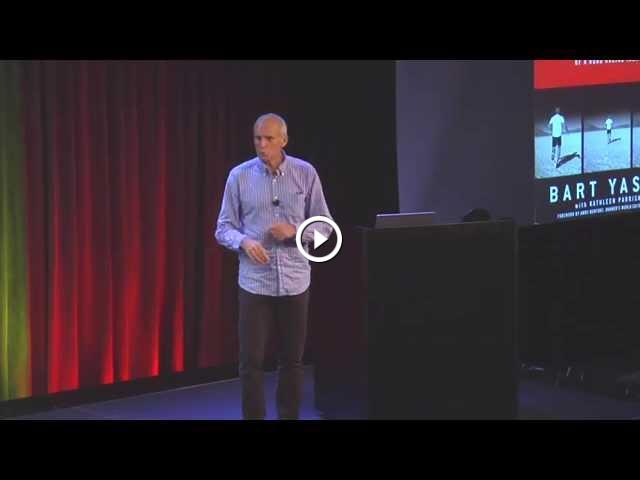