Scooter Braun: "The Life of an Entertainment Power Player" | Talks at Google

Added 1 year ago by admin
76 Views
Scooter Braun is one of the entertainment industry’s biggest entrepreneurs and innovators and the founder of SB Projects, a diversified entertainment and media company with ventures at the intersection of music, film, television, technology, brands, culture and social good. Today, Braun has a roster of the top pop culture icons under his management, record label, and publishing companies that include Justin Bieber, Kanye West, Ariana Grande, Usher, Karlie Kloss, Tori Kelly, Carly Rae Jepsen, The Black Eyed Peas, and Martin Garrix to name a few.
Braun has broken more new artists than any other music executive in the last decade and now has expanded his reach by establishing a fund, which invests in some of the largest management, media, and rights companies in the industry. SB Projects houses a film and television production division which led to Braun making waves in the industry with his first documentary film, Never Say Never. SB Projects also continues to impact new verticals under its tech incubator, Silent Labs, which holds investments in Uber, Spotify, Songza, Casper, Waze, and Pinterest among others.
As Braun continues to expand SB Projects, he remains committed to the company’s founding philosophy of giving back and designs a philanthropic element for each new initiative. Braun serves as Chair of the Advisory Board of Pencils of Promise, a non-profit organization that builds schools in developing countries. The organization has helped to build more than 400 schools in Asia, Africa, and Latin America. He is also on the board of Fuck Cancer, an organization focused on prevention and early detection of cancer, which his wife Yael Braun co-founded. Braun, his clients, and his companies have – together – granted more wishes for Make-A-Wish than any other organization in the history of the foundation. In 2017, Braun proved to be the music industry’s ‘first-responder’ when he organized the One Love Manchester benefit concert and Hand in Hand: A Benefit for Hurricane Relief telethon, within just months of one-another.
Braun lives in Los Angeles with his wife and two sons.
Moderated by Jesse Michels.

Scooter Braun: "The Life of an Entertainment Power Player" | Talks at Google 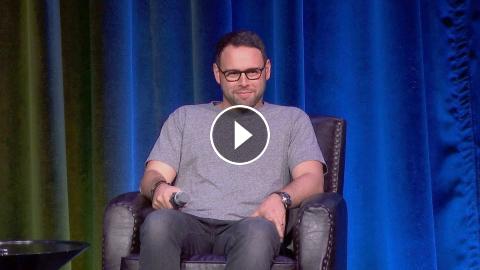 Scooter Braun is one of the entertainment industry’s biggest entrepreneurs and innovators and the founder of SB Projects, a diversified entertainment ...