Gloria Steinem: "My Life on the Road" | Talks at Google

Added 4 years ago by admin
101 Views
Gloria Steinem drops by Google to discuss "My Life on the Road"
Gloria Steinem is a writer, lecturer, editor, and feminist activist. In 1972, she co-founded Ms. magazine, and she remained one of its editors for fifteen years. In 1968, she helped found New York magazine, where she was a political columnist and wrote feature articles. Her books include the bestsellers Revolution from Within, Outrageous Acts and Everyday Rebellions, Moving Beyond Words, Marilyn: Norma Jeane, and As if Women Matter (published in India). Steinem has received the Penney-Missouri Journalism Award, the Front Page and Clarion awards, the National Magazine Award, the Women’s Sports Journalism Award, the Lifetime Achievement in Journalism Award from the Society of Professional Journalists, the Society of Writers Award from the United Nations, the James Weldon Johnson Award for Journalism, and many others. In 2013, she received the Presidential Medal of Freedom from President Barack Obama.

Gloria Steinem: "My Life on the Road" | Talks at Google 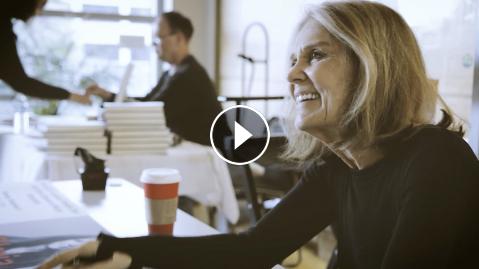 Gloria Steinem drops by Google to discuss "My Life on the Road"Gloria Steinem is a writer, lecturer, editor, and feminist activist. In 1972,...