admin
Stories:
- Apple makes October event official for next week
- Alleged iPad Air 2 dummy leaked in photos
- Galaxy Note Edge will be out before the month’s over
- HTC exec may have just confirmed Nexus 9, as launch date gets rumored
- HTC announces Desire EYE with massive front-facer
- HTC introduces RE, its handheld cross-platform camera
Watch today's Pocketnow Daily as we talk about Apple's confirmation of its October event, where we expect new iPads. Then we talk about some new leaks that we've discovered of the iPad Air 2. Then we talk about Samsung and its launch date for the Galaxy Note Edge. HTC and Google follow with some official data on the Nexus 9. We end today's show talking about the HTC Desire Eye, and the HTC RE.
All this and more after the break.
Subscribe:
About us:
Pocketnow has been a key source of mobile technology news and reviews since its establishment in 2000. With offices on three continents, Pocketnow offers round-the-clock coverage of the mobile technology landscape, from smartphones to tablets to wearables. We aim to be your number-one source for mobile tech news, reviews, comparisons, and commentary. If you love mobile as much as we do, be sure to subscribe!
Follow us: 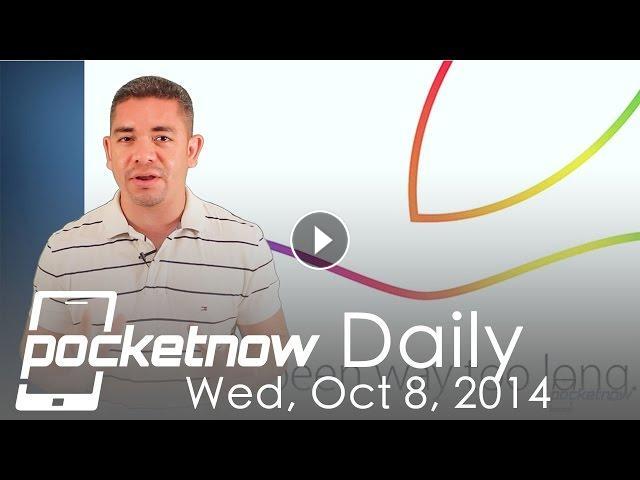 Stories:- Apple makes October event official for next week - Alleged iPad Air 2 dummy leaked in photos - Galaxy Note Edge will be out before the month...