admin
Stories:
- Google’s 32GB Nexus 5X deals set it for $130 off
- Nextbit Robin deals extend to other markets across the globe
- Huawei MateBook pre-orders up for US with July 11 kick-off
- Credits for E-Book price fixing should reach buyers this week
- Dual-SIM iPhone 7 with 256GB of storage and headphone jack leaks emerge
Watch today's Pocketnow Daily as we talk about some of the recent deals that have just arrived to the 32GB Google Nexus 5X. Then we talk about the Nextbit Robin and some of the deals that have extended across other markets. Huawei follows as we learn more about its MateBook tablet for the US market. E-Books are next, as settlements on price fixings should reach users very soon. We end today's show talking about the Dual-SIM iPhone 7 rumors, in addition to the 256GB storage option and a possible headphone jack.
All this and more after the break.
Subscribe:
About us:
Pocketnow has been a key source of mobile technology news and reviews since its establishment in 2000. With offices on three continents, Pocketnow offers round-the-clock coverage of the mobile technology landscape, from smartphones to tablets to wearables. We aim to be your number-one source for mobile tech news, reviews, comparisons, and commentary. If you love mobile as much as we do, be sure to subscribe!
Follow us: 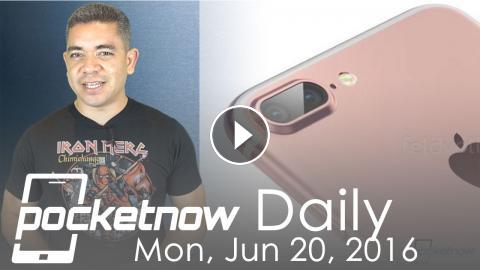 Stories:- Google’s 32GB Nexus 5X deals set it for $130 off - Nextbit Robin deals extend to other markets across the globe - Huawei MateBook pre-orders...