admin
Stories:
- Apple’s on the bugfix prowl with new iOS 9.3.1 release
- Soccer legend Pelé files $30 million lawsuit against Samsung over misleading ad
- Microsoft confirms: Windows 10 Mobile just isn’t the focus right now
- Teardown suggests the iPhone SE is built mainly from 5s and 6s scraps
- AT&T, Cyanogen and ZTE reportedly prepping Google-eluding Android phone
Watch today's Pocketnow Daily as we talk about Apple's recent bug fixes with iOS 9.3.1. Then we talk about Samsung's recent issues with Soccer legend Pelé, as it seems the company used some deceiving marketing. Microsoft is next as we hear that Windows 10 Mobile is sadly not in the company's focus right now. Then we talk about the iPhone SE, and how a teardown reveals a lot of recycle in this device. We end today's show talking about the possible plans between Cyanogen, AT&T and ZTE to build a phone that doesn't need Google in the US.
All this and more after the break.
Subscribe:
About us:
Pocketnow has been a key source of mobile technology news and reviews since its establishment in 2000. With offices on three continents, Pocketnow offers round-the-clock coverage of the mobile technology landscape, from smartphones to tablets to wearables. We aim to be your number-one source for mobile tech news, reviews, comparisons, and commentary. If you love mobile as much as we do, be sure to subscribe!
Follow us: 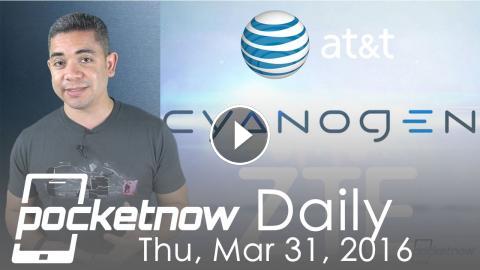