We at Pocketnow have a lot to be thankful for this week. We're busier than ever, our YouTube channel just passed 500,000 subscribers and we're deep in the planning stages for the new year's big tech expos. But most importantly, we're all still in the business of reporting on mobile gadgets, and that's something we all feel pretty lucky about.

On today's late-Friday edition of the Weekly, we'll fill you in on some of the fun stuff coming down the pipe: from our forthcoming LG G Flex review, to wooden Moto X devices hitting shelves, to the future union of Windows RT and Windows Phone. We'll also jaw a little on the Galaxy S 5, HTC M8, and LG G Flex. And then we'll take questions from you in our semi-regular listener mail segment, after talking a little about the LG G Flex. (If you're missing these hints, we talk a lot about the Flex this week. If you're not hip to the curves, you're gonna have to deal.)

So whether you're here for the Flex, the latest on the benchmark-cheating scandal, or rumors on the probably-fake giant iPad, welcome to episode 072 of the Pocketnow Weekly podcast. Send feedback, questions, and requests to podcast [AT] pocketnow [DOT] com. Follow us on Twitter, Facebook, Instagram, and Google Plus to stay apprised of the latest episodes. Tell your friends about the show so we don't have to do a telethon to stay on the air. Join our forums to offer topic suggestions and more. And thanks for listening!

Jonathan Michael asks when enough will be enough when it comes to screen resolution; Malte asks about KitKat's smart card emulation feature; Joseph Fallon wonders where all the free space has gone to on his Android phone; and Ankit V asks why Samsung can't accelerate its software update process. 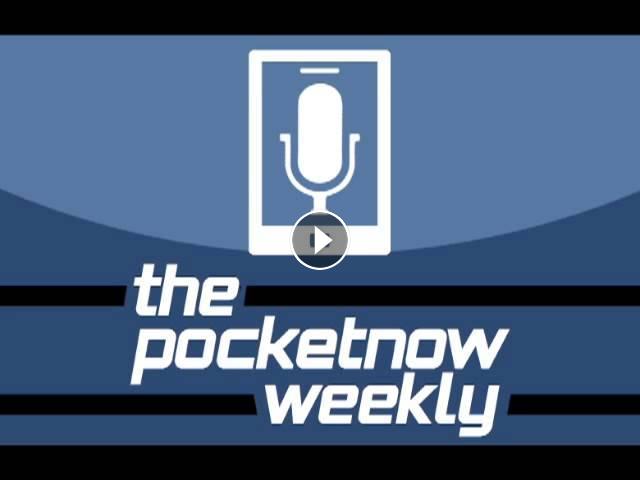