"Our revels now are ended, Kirk."

That's a quote from Star Trek VI, paraphrasing a line from Shakespeare's The Tempest. In the latter instance (minus the "Kirk" bit) it's a conceit of sorts, an admission that the play is a falsehood - and an observation that so, perhaps, is life. In the former example it's a wisecrack from a Klingon bent on shooting our favorite captain's ship out from under him. In both cases, it's a kind of farewell. And in today's example, it's also a goodbye - to the old times.

That's a pretty dramatic way of saying that we're finally, officially past the post-CES slump - and full-on immersed in the news fires of the new year. The buzz of the trade show has faded into the background, and today's speculation and leak traffic revolves instead around devices not yet seen, from the HTC M8 (and M8x) to the Galaxy Note 3 Neo to a temporarily rejuvenated BlackBerry to the (sorta) dual-platform Android/Windows Phone device ... and beyond.

All that, plus a rallying wrist-load of wearable news and more coherence than you've come to expect, await you on episode 080 of the Pocketnow Weekly! So turn the volume up and rip the knob off: we're here to talk mobile tech, and it's gonna get weird (in all the right kinds of ways). Send feedback, questions, and requests to podcast [AT] pocketnow [DOT] com. Follow us on Twitter, Facebook, Instagram, and Google Plus to stay apprised of the latest episodes. Tell your friends about the show so we don't have to do a telethon to stay on the air. Join our forums to offer topic suggestions and more. And thanks for listening!

What is Windows 8 Embedded Handheld and how is it different from WP8?

Is this what iOS in the Car will look like?

One month with Pebble - chronicles of a nonbeliever 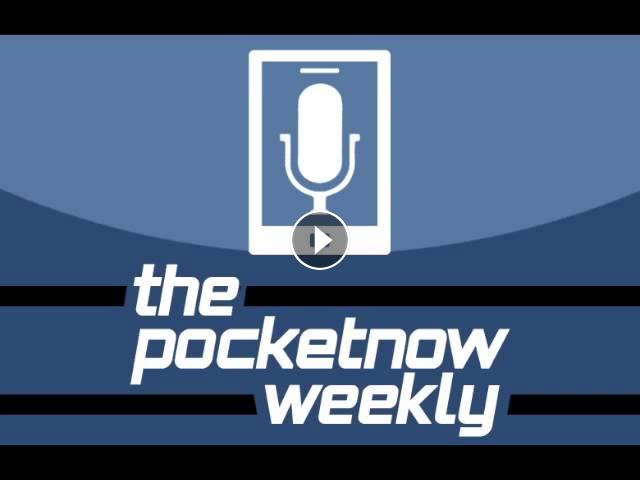