admin
We're digging into our coverage of Samsung's Galaxy S7 and Galaxy S7 Edge, but while our first impressions are positive, we're seeing slower pre-sales than last year's Galaxy S6. At the same time, Apple is lowering expectations for future smartphone sales. At least detachable screen PC sales are looking up as tablet sales are falling flat. Huawei has a big announcement in store for their first phone collaboration with Leica, and LG finally reveals when the G5 will start shipping.
We've been hard at work covering news stories and prepping for the next generation of phone reviews. We recently started a new series of videos delving deeper into tech explanations and photography term definitions, and of course we'll be tackling your questions and comments. Make sure you're charged and ready! It's podcast time on episode 191 of the Pocketnow Weekly!
Watch the video broadcast from 2:00pm Eastern on March 10th (click here for your local time), or check out the high-quality audio version starting at 3am Eastern on Sunday. And don't forget to shoot your listener mail to podcast [AT] pocketnow [DOT] com for a shot at getting your question read aloud on the air!
Pocketnow Weekly 191
RSS Feed
iTunes Link
XBox Music Link
Recording Date
March 10, 2016
Hosts
Juan Bagnell
Stephen Schenck
Producer
Jules Wang
Podcast Rundown
PNOW_WERS

Sponsor
Today's episode of the Pocketnow Weekly podcast is made possible by:
benjaminlogo2
It takes so much time to search through coupons and deals to find what you are really looking for. It’s a time waster and not very fun. Well, there is a new app that is changing how online shopping works, making the money saving experience more enjoyable. and it only takes 60 seconds to get started.
It’s called Benjamin.
Benjamin considers your favorite brands, sizes, and your interests to find awesome deals for products you actually want. Other deal sites offer things like photography lessons and yoga classes, but Benjamin works with brands such as Ray Ban, Patagonia, and even the NFL to bring you real deals that you actually want.
Benjamin has been called the Tinder of personalized shopping – because you never know what deal you’re gonna get and all it takes is a left or right swipe to claim an offer.
And just for our listeners, the folks at the Benjamin app have set up a webpage where you can claim deals such as:
- Half-off Spotify Premium
- Hulu for $3 a month
- 25% off Starbucks gift cards
- and half-off Ray Bans
It’s all about the benjamins! And keep some extra benjamins in your pocket by heading over to benjaminapp.co/pocketnow to see all the special offers for yourself!
News
Devices
Galaxy S7  and Galaxy S7 Edge first impressions are positive!
But does it matter if the S7 is using camera sensors from different manufacturers?
Will the next iPhone have a larger screen in the same size shell?
We finally know when the LG G5 will start shipping! (and sorta in the US!)
Huawei's first Leica branded phone will be announced in April.
Developments
Android N Developer Preview released ahead of I/O! What's it going to be called?
Why was Samsung Pay removed from Verizon Galaxy S7s?
Can Facebook make a dent in Snapchat's popularity?
Samsung S7 pre-sales lower than the S6 ... or are they? as Apple calls for lowered expectations.
Will detachable screen PCs kill the tablet?
Listener Mail
Listener questions this week from Dylan, Aryan, and Svizac. 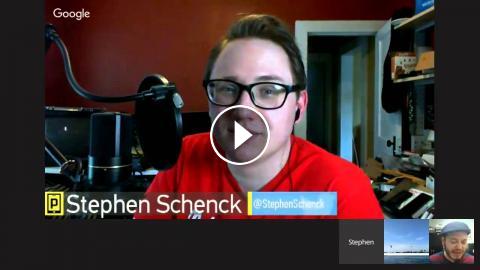 We're digging into our coverage of Samsung's Galaxy S7 and Galaxy S7 Edge, but while our first impressions are positive, we're seeing slower pre-sales...