admin
Watch today's Pocketnow Daily as we talk about the Samsung Galaxy S9 and Galaxy S9+ as we now hear some solid release dates. Then we talk about the Vivo X20 Plus UD, which is the phone the company showed us with the new on-screen fingerprint scanner now getting certified. The Sony Xperia XZ Pro is next as we hear that this is the company's flagship for MWC 2018. OnePlus is next as the company is dealing with some issues accepting credit cards at the moment. We end today's show talking about Best Buy and its major deals for the Google Pixel 2 and Google Pixel 2 XL.
All this and more after the break.
Stories:
- Best Buy takes $200 off Pixel 2, $250 off Pixel 2 XL with Verizon installment plans
- OnePlus credit card payments halted for time being
- Sony Xperia XZ Pro speculation calls for flagship launch at MWC 2018 with 4K OLED screen
- Vivo X20 Plus UD with in-display fingerprint sensor discloses its full specs at Tenaa
- Samsung Galaxy S9 release schedule revealed, pre-orders to start as early as March 1
Read more:
Lee más en Español:
Subscribe:
About us:
Pocketnow has been a key source of mobile technology news and reviews since its establishment in 2000. With offices on three continents, Pocketnow offers round-the-clock coverage of the mobile technology landscape, from smartphones to tablets to wearables. We aim to be your number-one source for mobile tech news, reviews, comparisons, and commentary. If you love mobile as much as we do, be sure to subscribe!
Follow us: 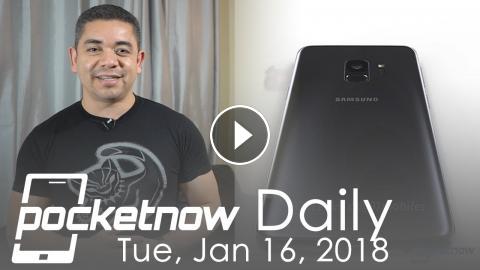