Watch today's Pocketnow Daily as we talk about the the launch of the Verizon Moto X, aside from some rumors of the European Moto X getting a replaceable back. Then we talk about some leaked Galaxy Gear specs, aside from the horrendous price tag of the Samsung Galaxy NX. Nokia is next as we discover the first leaked photo of their project Bandit, AKA Lumia 1520. Then we cover some iPad 5 rumors which are both good and bad. We end today's show talking about the departure of Hugo Barra as Google's Android VP, and what this means to the platform. 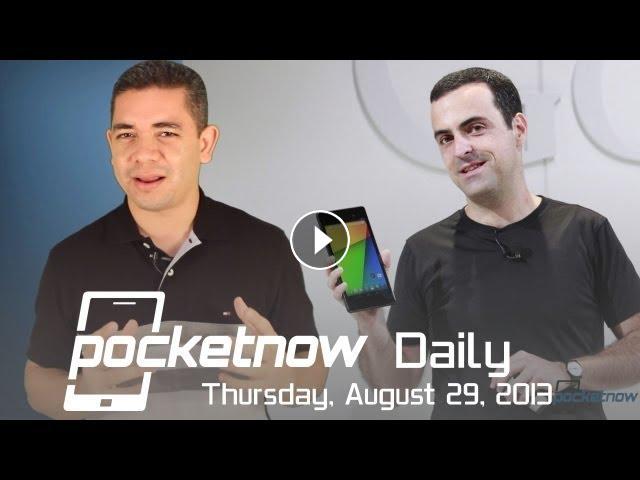