admin
Stories:
- Huawei sets the stage for early June US event
- Microsoft announces its planned list of Windows 10 editions
- Google Fit gains new features, Android Wear watchface
- Samsung “Project Orbis” UI detailed in SDK screenshots
- Apple Watch might be the next theft target due to its lack of security
Watch today's Pocketnow Daily as we talk about Huawei's press invitations for another event to happen in June. Microsoft follows as the company announces the official names for its Windows 10 editions. Google is next as updates to Android Wear also include Google Fit improvements. Samsung follows with a crazy amount of leaks of "Project Orbis," or should we say, the Samsung Gear A. We end today's show talking about how bad the Apple Watch is when it comes to security.
All this and more after the break.
Subscribe:
About us:
Pocketnow has been a key source of mobile technology news and reviews since its establishment in 2000. With offices on three continents, Pocketnow offers round-the-clock coverage of the mobile technology landscape, from smartphones to tablets to wearables. We aim to be your number-one source for mobile tech news, reviews, comparisons, and commentary. If you love mobile as much as we do, be sure to subscribe!
Follow us: 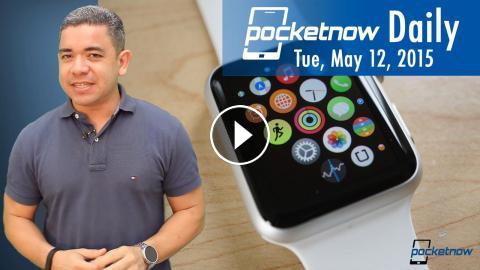