admin
Stories:
- HTC not interested in talking merger with ASUS
- Apple Music revenue sharing agreements with music labels revealed
- Your next PC could have a Cortana button on its keyboard
- iOS 9 keyboard hints to a larger iPad in the works
- Smartwatch sales report shows Samsung bleeding market share
Watch today's Pocketnow Daily as we talk about HTC's lack of interest in an ASUS acquisition. Then we talk about Apple Music and the revenue sharing agreement between Apple and music labels. Microsoft and Toshiba are next with details on Cortana specifics for Windows 10 computers. iOS 9 follows as we get hints on a larger iPad through its code. We end today's show talking about Samsung's Gear lineup, and how it's not selling well.
All this and more after the break.
Subscribe:
About us:
Pocketnow has been a key source of mobile technology news and reviews since its establishment in 2000. With offices on three continents, Pocketnow offers round-the-clock coverage of the mobile technology landscape, from smartphones to tablets to wearables. We aim to be your number-one source for mobile tech news, reviews, comparisons, and commentary. If you love mobile as much as we do, be sure to subscribe!
Follow us: 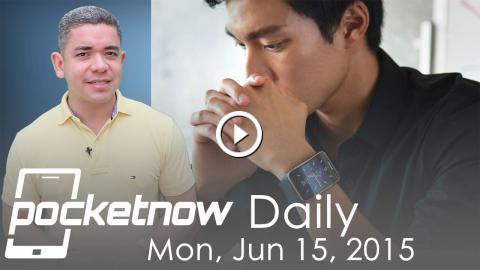 Stories:- HTC not interested in talking merger with ASUS - Apple Music revenue sharing agreements with music labels revealed - Your next PC could have...