admin
Stories:
- Microsoft Office Android smartphone apps graduate from preview to general availability
- Tim Cook: Apple Watch attracted more apps in less time than iPhone and iPad
- iPad mini 4 might bring similar looks to the iPad Air 2
-
- Samsung Galaxy S7 launch not happening this year?
- Google backs effort to bring free WiFi to cities
Watch today’s Pocketnow Daily as we talk about Microsoft’s Office apps reaching Android devices for free. Then we talk about the Apple Watch and how it’s managed to gain developer love. We then talk about the leaked images of the iPad Mini 4’s case. We then dismiss the rumors of an early Galaxy S7, but there is still stuff to say. We end today’s show talking about Google backing LinkNYC and bringing Wi-Fi to New York City.
All this and more after the break.
Subscribe:
About us:
Pocketnow has been a key source of mobile technology news and reviews since its establishment in 2000. With offices on three continents, Pocketnow offers round-the-clock coverage of the mobile technology landscape, from smartphones to tablets to wearables. We aim to be your number-one source for mobile tech news, reviews, comparisons, and commentary. If you love mobile as much as we do, be sure to subscribe!
Follow us: 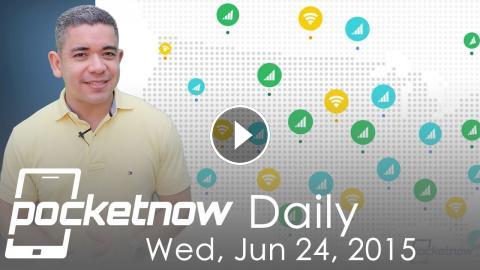