admin
Stories:
- Samsung Power Sharing cable launches to help charge accessories
- Leaked images of purported Droid Turbo surface
- Both iPad mini 3 and iPad Pro could be delayed until next year
- Apple Watch spotted out in real-world testing
- Samsung plunges 15% this year to two-year low, says Business Week
Watch today's Pocketnow Daily as we talk about Samsung's new power sharing cable, and what it can do with accessories. Then we talk about Motorola as we get some leaked images of the Droid Turbo. Apple follows as we learn about some possible delays with the iPad Pro and iPad mini 3. Apple then takes the stage again as the Apple Watch gains some real-world testing. We end today's show talking about Samsung's plunge in share price due to the iPhone 6 launch.
All this and more after the break.
Subscribe:
About us:
Pocketnow has been a key source of mobile technology news and reviews since its establishment in 2000. With offices on three continents, Pocketnow offers round-the-clock coverage of the mobile technology landscape, from smartphones to tablets to wearables. We aim to be your number-one source for mobile tech news, reviews, comparisons, and commentary. If you love mobile as much as we do, be sure to subscribe!
Follow us: 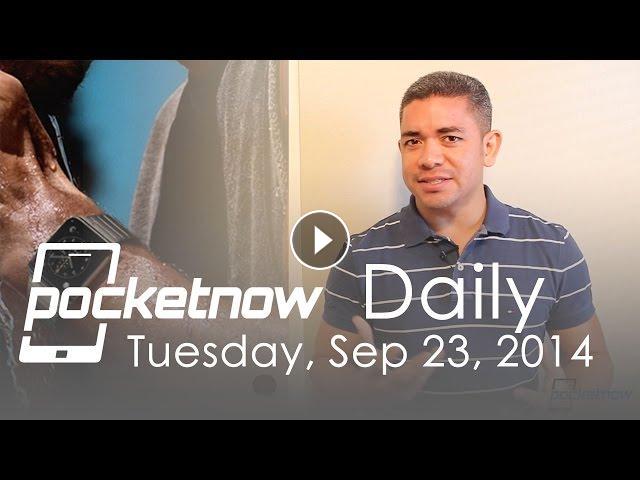