admin
Stories:
- Lumia Denim: Camera Improvements Tour (Video)
- Apple is eating Samsung’s market share even in South Korea
- Lumia Camera will be the default Windows 10 photo shooting app
- Latest HTC One M9 leak casts further doubt on presence of Duo Camera
- How ring control will likely work on Samsung’s new smartwatch
- Google cellular service MVNO rumors pick up new support
Watch today's Pocketnow Daily as we talk about Apple's current market share in countries like South Korea, something that affects Samsung and LG. Then we talk about Microsoft's plans to make the Lumia Camera a default on Windows 10 smartphones. HTC follows as we see more leaks of the One M9, and lacking some hardware. Samsung then takes the stage as we learn more about the ring controls in the Samsung Orbis. We end today's show talking about the possibility of Google becoming an MVNO.
All this and more after the break.
Subscribe:
About us:
Pocketnow has been a key source of mobile technology news and reviews since its establishment in 2000. With offices on three continents, Pocketnow offers round-the-clock coverage of the mobile technology landscape, from smartphones to tablets to wearables. We aim to be your number-one source for mobile tech news, reviews, comparisons, and commentary. If you love mobile as much as we do, be sure to subscribe!
Follow us: 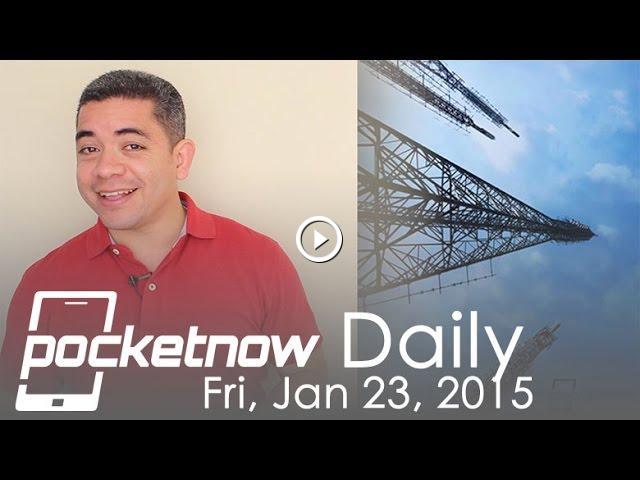