admin
Stories:
- Yet another sweet eBay deal brings leather LG G4 price down to $275
- Sketchy OnePlus 3 device and retail box pics put us an inch closer to release
- Lenovo slates Project Tango phone, mystery Motorola launch for June 9
- Everything comes together with this DROID Turbo 3 / Moto X 2016 leak
- HTC lost another $150 million during Q1, with ‘good momentum’ anticipated next
- HTC 10 shines in bend, scratch and burn tests, impressing with its durability
Watch today's Pocketnow Daily as we talk about some of the new deals for last year's LG G4, which we still highly recommend. Then we discuss the OnePlus 3 and some of the leaks we've discovered. Lenovo follows as we hear of its next event, Project Tango, and a future Motorola smartphone. Speaking of Motorola, more leaks emerge of a possible Droid Turbo 3 / Moto X 2016. We end today's show talking about HTC's losses for the quarter, and some good news regarding tests on build quality for the HTC 10.
All this and more after the break.
Subscribe:
About us:
Pocketnow has been a key source of mobile technology news and reviews since its establishment in 2000. With offices on three continents, Pocketnow offers round-the-clock coverage of the mobile technology landscape, from smartphones to tablets to wearables. We aim to be your number-one source for mobile tech news, reviews, comparisons, and commentary. If you love mobile as much as we do, be sure to subscribe!
Follow us: 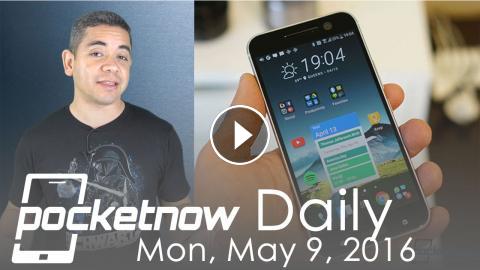 Stories:- Yet another sweet eBay deal brings leather LG G4 price down to $275 - Sketchy OnePlus 3 device and retail box pics put us an inch closer to ...