admin
Stories:
- Google sets late May date for I/O 2016: what can we expect?
- John Legere offers “apology” to EFF while sticking to his Binge On guns
- Leak shows Nokia feature phone prototype as company rumored for bigger comeback
- Lenovo SVP dishes on what to expect from Moto by Lenovo in 2016
- Apple patent reveals work on compact, high-quality smartphone speakers
Watch today's Pocketnow Daily as we discuss the recent announcement of the Google I/O dates for 2016. Then we talk about how T-Mobile stands behind downgrading video quality on its network. Nokia is next as we get the first leaked images of a possible Nokia smartphone. Lenovo is next as we hear about the company's plans for Motorola in the near future. We end today's show talking about an Apple patent that teases better audio quality for the iPhone 7.
All this and more after the break.
Subscribe:
About us:
Pocketnow has been a key source of mobile technology news and reviews since its establishment in 2000. With offices on three continents, Pocketnow offers round-the-clock coverage of the mobile technology landscape, from smartphones to tablets to wearables. We aim to be your number-one source for mobile tech news, reviews, comparisons, and commentary. If you love mobile as much as we do, be sure to subscribe!
Follow us: 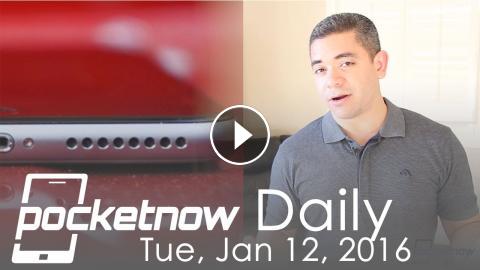 Stories:- Google sets late May date for I/O 2016: what can we expect? - John Legere offers “apology” to EFF while sticking to his Binge On guns - Leak...