admin
T-shirts provided by RIPT. Learn more about it here:
Stories:
- New Verizon Plan reaction: T-Mobile gives away iPhone SE, Sprint’s two words
- Best LG G4 eBay deal to date brings GSM unlocked price all the way down to $180
- The Nexus of Android Wear may come from Google — two of them, in fact
- Galaxy Note 7 S Pen said to last longer than ever
- Foxconn presentation leak signals iPhone 7 Plus water-resistance
Watch today's Pocketnow Daily as we talk about the recently announced Verizon plans, and how T-Mobile and Sprint have used these against Big Red. LG follows as we learn that the LG G4 is back for some crazy deals at some retailers. Google is next as we learn that the company might be planning to launch a few Nexus smartwatches soon. Then we talk about the Samsung Galaxy Note 7, and how the S Pen might get a significant change. We end today's show talking about the iPhone 7 Plus, its possible water resistance, and how it might even get wireless charging.
All this and more after the break.
Subscribe:
About us:
Pocketnow has been a key source of mobile technology news and reviews since its establishment in 2000. With offices on three continents, Pocketnow offers round-the-clock coverage of the mobile technology landscape, from smartphones to tablets to wearables. We aim to be your number-one source for mobile tech news, reviews, comparisons, and commentary. If you love mobile as much as we do, be sure to subscribe!
Follow us: 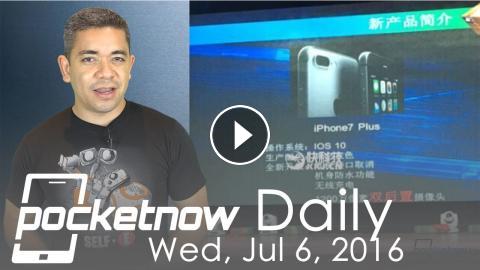