admin
(Full description below) The Pocketnow Weekly is an audio-only mobile tech podcast hosted on YouTube for your convenience. For full MP3 downloads and links to articles
discussed on the air, visit us at .


Sometimes it's not the promise of saving money, nor the allure of a shiny device that drives you from the warm arms of your current wireless carrier - sometimes it's just a matter of standing up for what you believe in. That's the case with today's podcast guest, friend of the show and longtime Verizon Wireless customer Chris Larson, who's leaving Big Red for the much smaller T-Mobile USA due to Verizon's stance on net neutrality. On this episode of the Weekly, we'll talk to Chris and find out just what he's prepared to sacrifice, and why.

Before that, though, there's an avalanche of news - and it ranges from hilarious HTC M8 mockups to off-the-wall LG G3 speculation to promises of a "low key" reveal for the Samsung Galaxy S5 - not to mention some interesting developments over at Microsoft's Redmond headquarters and Apple's Arizona sapphire factory.

All that, plus firsthand testimony of just how well Sony's Xperia Z1S holds up to flooding, awaits you on episode 082 of the Pocketnow Weekly! So turn the volume up and rip the knob off: we're here to talk mobile tech, and it's gonna get weird (in all the right kinds of ways). Send feedback, questions, and requests to podcast [AT] pocketnow [DOT] com. Follow us on Twitter, Facebook, Instagram, and Google Plus to stay apprised of the latest episodes. Tell your friends about the show so we don't have to do a telethon to stay on the air. Join our forums to offer topic suggestions and more. And thanks for listening!

HTC's return to tablets could arrive with a bang; new Nexus deal rumored

Say what? Woz thinks Apple should build an Android phone

Christopher Larson is leaving America's largest network for the nation's smallest. He'll be saving money in the long term, but that's not why he's doing it. Rather, he's moving because he doesn't want his dollars going to a company that doesn't support net neutrality. We ask him what the move has been like, what he hopes to accomplish, and whether network size really matters anymore in the modern world. 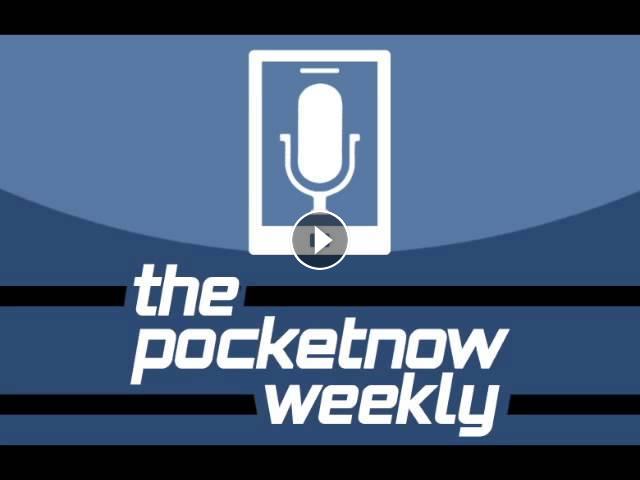