admin
Watch today's Pocketnow Daily as we talk about the RED Hydrogen One launching on AT&T and Verizon, and the possible price. Then we talk about the rumors that there is another BlackBerry device in the works. The HTC U12+ leaks and what to expect according to Evan Blass. The HomePod follows as we learn about the underwhelming sales compared to the rest of the market. We end today's show talking about the deals you can find for the Samsung Galaxy Note 8.
All this and more after the break.
Stories:
- You may want to consider the Galaxy Note 8 at a new all-time low price before the Note 9 arrives
- Fewer than 600,000 HomePod shipments in first quarter
- BlackBerry KEY2 seemingly gets benchmarked, along with mystery BBE100 device
- The ultimate HTC U12+ leak leaves no question unanswered
- Verizon and AT&T unveil (vague) plans to carry groundbreaking RED Hydrogen One
Subscribe:
Graphics provided by: Motionvfx.com
About us:
Pocketnow has been a key source of mobile technology news and reviews since its establishment in 2000. With offices on three continents, Pocketnow offers round-the-clock coverage of the mobile technology landscape, from smartphones to tablets to wearables. We aim to be your number-one source for mobile tech news, reviews, comparisons, and commentary. If you love mobile as much as we do, be sure to subscribe!
Follow us: 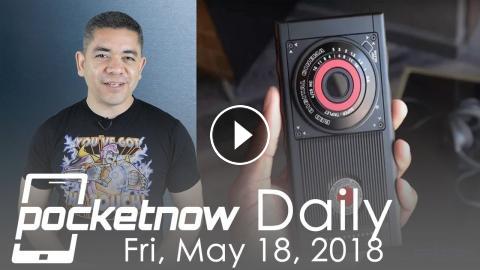