admin
Watch today's Pocketnow Daily as we talk about the RED Hydrogen One, the features we expect, specs, and possible price. Then we talk about the iPhone X, and even the iPhone 6 with the current sales that are being topped. Samsung follows as we hear that the new Gear S4 will run Wear OS, or at least we expect. Then we talk about the Huawei MateBook X Pro and the launch in the United States. We end today's show talking about the deals you can find for the LG G7 ThinQ.
All this and more after the break.
Stories:
- LG G7 ThinQ gets a $750 FRP and introductory BOGO deal at T-Mobile
- Huawei MateBook X Pro brings its 3K screen, thin bezels and recessed camera to three US retailers
- Could Gear S4 actually be Wear OS-powered Galaxy Watch?
- iPhone X is top-selling smartphone in March, four others join top ten list
-
Subscribe:
Graphics provided by: Motionvfx.com
About us:
Pocketnow has been a key source of mobile technology news and reviews since its establishment in 2000. With offices on three continents, Pocketnow offers round-the-clock coverage of the mobile technology landscape, from smartphones to tablets to wearables. We aim to be your number-one source for mobile tech news, reviews, comparisons, and commentary. If you love mobile as much as we do, be sure to subscribe!
Follow us: 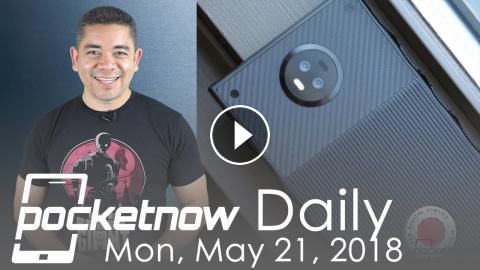