admin
Stories:
- Sony plans to skip Android 5.1, bring Marshmallow directly to a bunch of 5.0 Xperias
- Samsung patent reveals work towards pressure-sensitive smartphone input
- New sources point to very-early-2016 Samsung Galaxy S7 launch
- It sounds like Verizon doesn’t want the Lumia 950 and 950 XL operating on its network
- ASUS may build its own HoloLens in partnership with Microsoft
Watch today's Pocketnow Daily as we talk about Sony's plans to launch Android 6.0 for its phones instead of Android 5.1. Then we talk about Samsung's new patent focused on bringing ForceTouch to galaxies. We then talk about the Galaxy S7 and how it might be a little delayed when compared to previous rumors. Microsoft and Verizon follow as we learn why we didn't get a Lumia there. We end today's show talking about ASUS and a possible partnership with Microsoft for HoloLens.
All this and more after the break.
Subscribe:
About us:
Pocketnow has been a key source of mobile technology news and reviews since its establishment in 2000. With offices on three continents, Pocketnow offers round-the-clock coverage of the mobile technology landscape, from smartphones to tablets to wearables. We aim to be your number-one source for mobile tech news, reviews, comparisons, and commentary. If you love mobile as much as we do, be sure to subscribe!
Follow us: 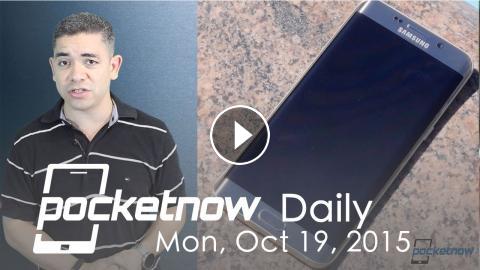