admin
Stories:
- 64-bit iPhone apps coming February 1
- Samsung Galaxy S6 announcement on March 2, pre-MWC, says report
- Samsung Galaxy S6 won’t be waterproof, neither the S6 Edge, claims report
- Microsoft making Windows 10 updates free for Win 7, Win 8.1
- Microsoft shows off Windows 10 on smartphones
- Cortana announced for the PC as part of Windows 10
- Windows 10 places renewed emphasis on gaming and entertainment
- Microsoft announces the Surface Hub for business collaboration
- Microsoft unveils Windows Holographic augmented reality system with HoloLens
Watch today's Pocketnow Daily as we talk about Apple's new policy for app submissions as of February 1st. Then we talk about the Galaxy S6, and how it might not be waterproof, in addition to a possible event date. Then the rest of the show is all about Microsoft, starting with the company's announcement of the mobile version of Windows 10, and how you will be able to acquire it when it launches. We then cover Cortana's integration with the PC, in addition to how the Xbox will integrate with the PC as well. We end today's show talking about Microsoft's launch of the Surface Hub, and even the company's new HoloLens.
All this and more after the break.
Subscribe:
About us:
Pocketnow has been a key source of mobile technology news and reviews since its establishment in 2000. With offices on three continents, Pocketnow offers round-the-clock coverage of the mobile technology landscape, from smartphones to tablets to wearables. We aim to be your number-one source for mobile tech news, reviews, comparisons, and commentary. If you love mobile as much as we do, be sure to subscribe!
Follow us: 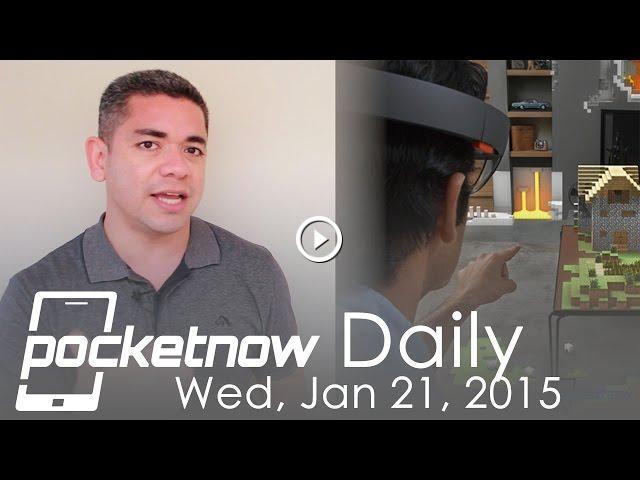