admin
Stories:
- Fossil Q Motion takes after cylindrical Misfit Ray, costs $95 with sleep-tracking functions
- Galaxy S7 pre-orders totally killed it in Europe, S7 Edge proves more popular than flat model
- Google’s already updating apps to take advantage of Android N features
- The Apple Watch of the future could recognize and help solve medical emergencies
- Apple schedules long-rumored March event: bring on the new hardware
Watch today's Pocketnow Daily as we talk about Fossil's new Q Motion wearable, and what it can do. Samsung follows as we learn about pre-order details for the Galaxy S7 in Europe. Google is next as we see just how the company is preparing for Android N internally. The Apple Watch then takes the stage as we see new patents that reveal its possible future. We end today's show talking about Apple's confirmation of an event coming in March.
All this and more after the break
Subscribe:
About us:
Pocketnow has been a key source of mobile technology news and reviews since its establishment in 2000. With offices on three continents, Pocketnow offers round-the-clock coverage of the mobile technology landscape, from smartphones to tablets to wearables. We aim to be your number-one source for mobile tech news, reviews, comparisons, and commentary. If you love mobile as much as we do, be sure to subscribe!
Follow us: 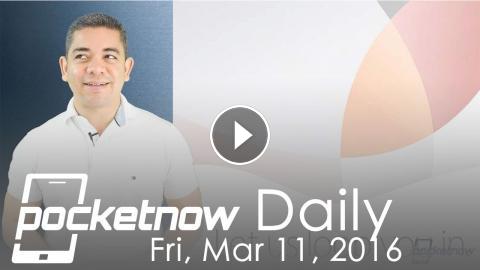