Black holes, with their inescapable gravitational pulls and point-of-no-return thresholds, certainly have earned their doom-filled reputations.

Here are 10 mind-blowing facts you may not know about them.

Number 10. Earth may be in one. According to one theory, everything that created our planet and the universe itself was sucked into a black hole before the big bang occurred. They say it's the only way to explain how the source got that small.

Number 9. They slow down time. A common misconception is that they make time stop. If a clock could survive inside of one, it would actually just run slowly compared to one ticking away outside its threshold.

Number 8. They have hair. Years ago the physicist who named them said they had none, meaning that they were simple in structure. More recent theories posit that their make-up has more intertwined aspects than once believed.

Number 7. Spaghettification is a real word. It's what would happen to you if you fell into a black hole. The varying gravitational pulls acting on your feet and head would stretch you out. In the end, you'd resemble spaghetti.

Number 6. The Milky Way has one right in the middle. That's actually a common thing among galaxies. Ours is called Sagittarius A* and it's located about 26 thousand light years from Earth.

Number 5. The largest known black hole is in the NGC 1277 galaxy. It has the mass of about 17 billion suns. For comparison, the Milky Way's black hole is only equal to 4 million.

Number 4. The nearest black hole is only 16 hundred light years away. It also has the unique distinction of being a micro quasar, a binary system that includes a nearby star, whose gasses in this case, are being absorbed by the black hole.

Number 3. They're shaped like spheres, not funnels. There's no cone extending underneath them, because there is no underneath.

Number 2. Our galaxy is home to the smallest black hole. It's located in a binary system inside the constellation Ara. Its total mass is only the equivalent of 3.8 suns and has an opening of 15 miles.

Number 1. Black holes spin. The direction that material falls into them governs how fast they will spin.

What's the most surprising fact about black holes that you've ever heard? 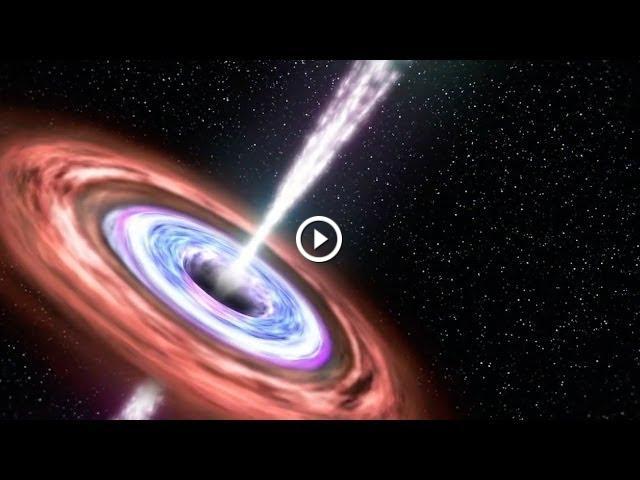