So what's life like when we exit our mother's womb and enter into the world? Here are 10 fascinating facts about newborns.

Number 10 -- That picture perfect moment when the baby is placed on mom's stomach...yeah that's nature at its best. Called the "breast crawl", as soon as the skin to skin contact is made, the infant instinctively knows how to utilize his limbs to scoot forward and reach the mother's breasts.

Number 9 -- Those soft spots on the head have a purpose. They assist in childbirth, allowing the head to change shape and the bones to effortlessly slide over each other while passing through the canal.

Number 8 -- Babies have far more bones than adults. When the little bundles are born, they have 300 bones while adults have closer to 200. The little one's bones join with time, resulting in the lesser bone count into adulthood.

Number 7 -- Newborns can't see anything more than 8 to 12 inches away, at least not clearly. But really, who cares? That short distance is enough to view the smiling face of the cradling new mom and dad.

Number 6 -- Newborns have no penchant for sodium. In fact babies can't even taste the otherwise unmistakable flavor of salt, not until they are about four months old.

Number 5 -- They don't need any water until they are six months of age, because till that point, they receive all the hydration and nutrients they need through formula and breast milk.

Number 4 -- Right from birth, an infant is attracted to the scent of breast milk. Roughly 2 weeks later, the baby has gotten so accustomed to mom's milk, she is able to distinguish between her own mother's milk and some other mommy's.

Number 3 --Watching your newborn sleep...there's nothing better, except for those few moments when they stop breathing. Well take comfort, its totally normal. Babies have seemingly odd breathing patterns where they often go anywhere from 5 to 10 seconds without taking a breath. The very typical phenomenon is called periodic breathing.

Number 2 -- Newborns don't have kneecaps...well not in the traditional sense. What's under that skin is actually cartilage that looks, on the outside, like a miniature kneecap. No worries though, kneecaps do form over time.

Number 1 -- Babies, they certainly know how to cry. Serving as their sole form of verbal communication, ironically, while screaming and squinting those tiny eyes, no tears actually form. That's because despite having functioning tear ducts and glands, their bodies only produce enough tears to keep the eye lubricated. The bigger, falling droplets start coming out one to three months after birth. 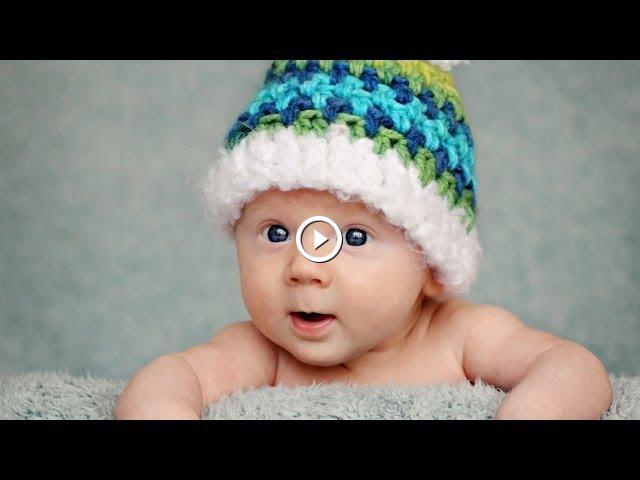 Newborns are little mysterious bundles of wonder. Here are 10 unusual facts about newborns. So what's life like when we exit our mother's womb and ent...