10 Mind-Blowing Facts About the Human Brain

admin
Check out 10 amazing facts about the brain you may not know.

The human brain is one of nature's greatest creations. Here are 10 incredible facts about the brain.

Number 10- Information is constantly passing through the brain. The slowest speed at which thoughts pass through is 260 miles per hour .

Number 9 -- The organ is strong enough to power a light bulb...literally. The brian produces 10-23 Watts of electricity while in a waking state.

Number 8 - 100,000 miles of blood vessels are held in the human brain. That's enough to circle our planet four times.

Number 7 -- Got a short attention span? Blame it on your brain. It needs rest, a change of thought or so-called scenery after about 90 minutes. The brain can simply not focus on one single thing for periods longer than an hour and a half without a break.

Number 6 -- A break is one thing, but according to researchers multitasking is a no-no when it comes to optimal brain performance. Although the organ can switch from task to task effortlessly, doing multiple things at once causes it to short fuse in a way, making you far less efficient.

Number 4 -- Every second, the organ processes over 100,000 chemical reactions.

Number 3 -- There's a good reason why babies have such huge heads. When an infant reaches 9 months of age, the brain has already reached half of it adult size. 3-year-old toddler brains are 90 percent of the way there towards their grown up size.

Number 2 -- All human brains start off the same way -- as female ones. As testosterone production doesn't start until two months after conception, brains don't become classified as male until then.

Nature 1 -- While the brain can register pain thanks to its elaborate sensory network, the organ does not in fact contain any pain receptors. That means the brain itself can be touched, poked, even sliced without feeling an ounce of pain. Ironic isn't it?

10 Mind-Blowing Facts About the Human Brain 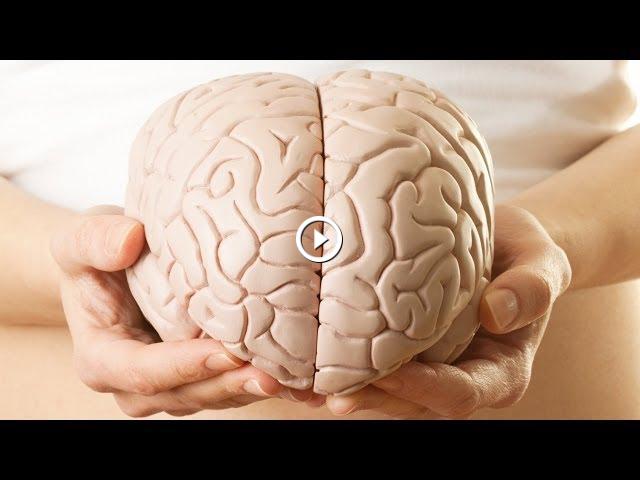 Check out 10 amazing facts about the brain you may not know. The human brain is one of nature's greatest creations. Here are 10 incredible facts about...