10 Mind-Blowing Geographical Facts About The US

admin
Here are 10 surprising geological facts about the United States.

We're all well aware that the US is filled with mountains, canyons, lakes, and waterfalls, but Mother Nature still has a few, astonishing wonders up her sleeve.

Here are 10 surprising facts about the United States.

Number 10. A part of Africa is still attached to it. When the supercontinent, Pangaea, formed and then broke apart to become the 7 continents we know today, part of Africa stuck around. It's located just off the coast of the Southeastern states.

Number 9. Alaska is the hands-down coastline winner. In total, it has over 6500 miles of it. That's more than all of the other states combined.

Number 8. The tallest mountain in the world is actually in the US. Hawaii's Mauna Kea is over 10 thousand meters high compared to Mount Everest's 8 thousand 8 hundred and 50. However, as over half of its base to top measurement sits beneath sea level, it doesn't tend to get the same fanfare as those that are mostly above ground.

Number 7. It borders many countries. It might look like the US only shares dividing lines with Canada and Mexico, but when water boundaries are taken into account several others enter the picture. They include Russia, Cuba, and the Bahamas.

Number 6. The US touches 3 oceans. In addition to the Atlantic and the Pacific, the US makes contact with the Arctic Ocean along Alaska's northern border.

Number 5. The dry, wild west used to be a land of lakes. Believe it or not, Nevada, Utah, and California once had bodies of water so large they rivaled the Great Lakes. They formed over 20 thousand years ago during a period called the 'Last Glacial Maximum'.

Number 4. The Southwest isn't the only place with desert conditions. Colorado has some notable dry patches as well and they're located in the San Sangre de Cristo Mountains. The dunes there been forming and shifting for eons, aided by the unique wind patterns of the valley they're in.

Number 3. Some of the world's finest rare black sand beaches are on US soil. Hawaii boasts several, due to the islands' rich history of volcanic activity. As they're black and made of crushed lava, they have a tendency to get extra hot, so plan accordingly.

Number 2. Florida is mostly at sea level. Britton Hill, the highest point in the sunshine state, shares the same elevation as the top of the Statue of Liberty -- a bit less than 350 feet.

Number 1. The US is home to the world's shortest river. It's the Roe in Montana, and it only flows for about 200 feet.

10 Mind-Blowing Geographical Facts About The US 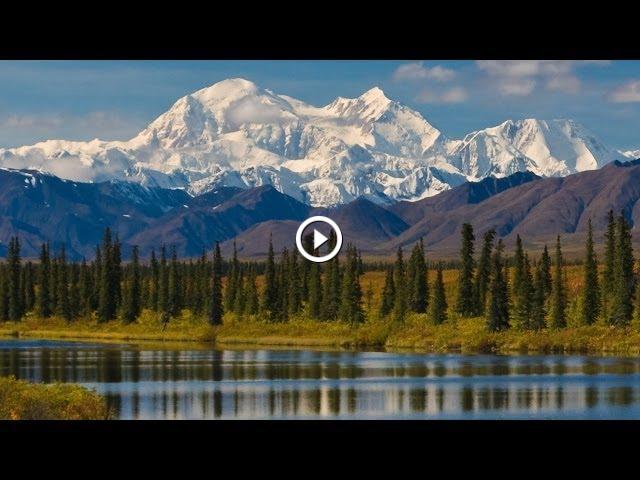 Here are 10 surprising geological facts about the United States. We're all well aware that the US is filled with mountains, canyons, lakes, and waterf...