admin
Stories:
- Sony announces Xperia Z3v for Verizon
- Galaxy Note 4 delayed in the UK due to incredible demand
- Google releases heavily Material-Design-ified Play Store 5.0
- Latest Nexus 9 launch rumors talk pricing, sales dates
- Google Now proven somewhat superior to Siri and Cortana
Watch today's Pocketnow Daily as we talk about Sony's announcement of the Xperia Z3v for Verizon. Then we talk about the Samsung Galaxy Note 4 and its delay in the UK. Google follows with its release of the Google Play Store with Material Design. Google then continues in the news as we learn details of the Nexus 9 in timing and pricing. We end today's show talking about a recent study where Google Now's Voice Search was considered superior to Siri and Cortana.
All this and more after the break.
Subscribe:
About us:
Pocketnow has been a key source of mobile technology news and reviews since its establishment in 2000. With offices on three continents, Pocketnow offers round-the-clock coverage of the mobile technology landscape, from smartphones to tablets to wearables. We aim to be your number-one source for mobile tech news, reviews, comparisons, and commentary. If you love mobile as much as we do, be sure to subscribe!
Follow us: 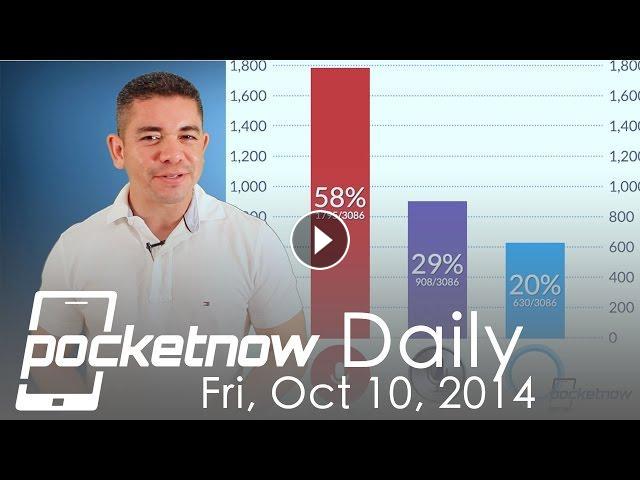