admin
Stories:
- iOS 8 stagnates according to Apple’s own statisticshttp://pocketnow.com/2014/10/07/ios-8-stagnates
- Motorola FCC filing attracts Nexus 6 rumors – but there might be another explanation
- Samsung’s Q3 profits sink a staggering 60% compared to last year
- Sony unveils its Xperia Z3 flagship
- iPad Air 2 to allegedly be the world’s thinnest tablet
- 12.9-inch iPad may include an integrated iOS/OS X operating system
Watch today's Pocketnow Daily as we talk about how iOS 8 hasn't really shined when it comes to user adoption. Motorola follows as a new FCC filing does and does not point to the Nexus 6. Samsung follows as we get its Q3 results and boy has it lost money. Sony follows as we get a teaser of the Xperia Z3 coming to T-Mobile. We end today's show talking about the iPad Air 2 and the iPad Pro with what to expect.
All this and more after the break
Subscribe:
About us:
Pocketnow has been a key source of mobile technology news and reviews since its establishment in 2000. With offices on three continents, Pocketnow offers round-the-clock coverage of the mobile technology landscape, from smartphones to tablets to wearables. We aim to be your number-one source for mobile tech news, reviews, comparisons, and commentary. If you love mobile as much as we do, be sure to subscribe!
Follow us: 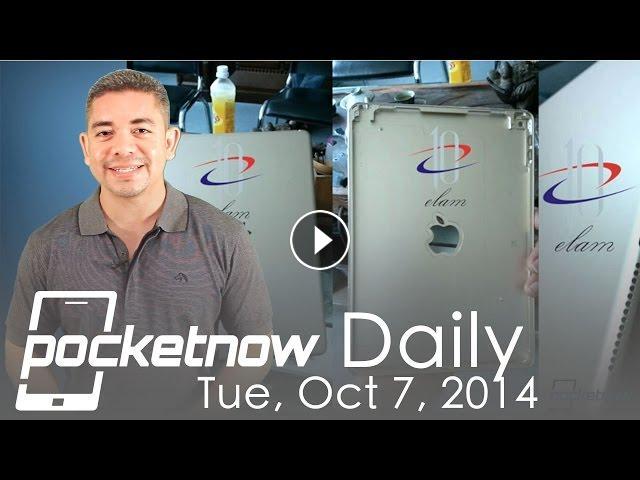